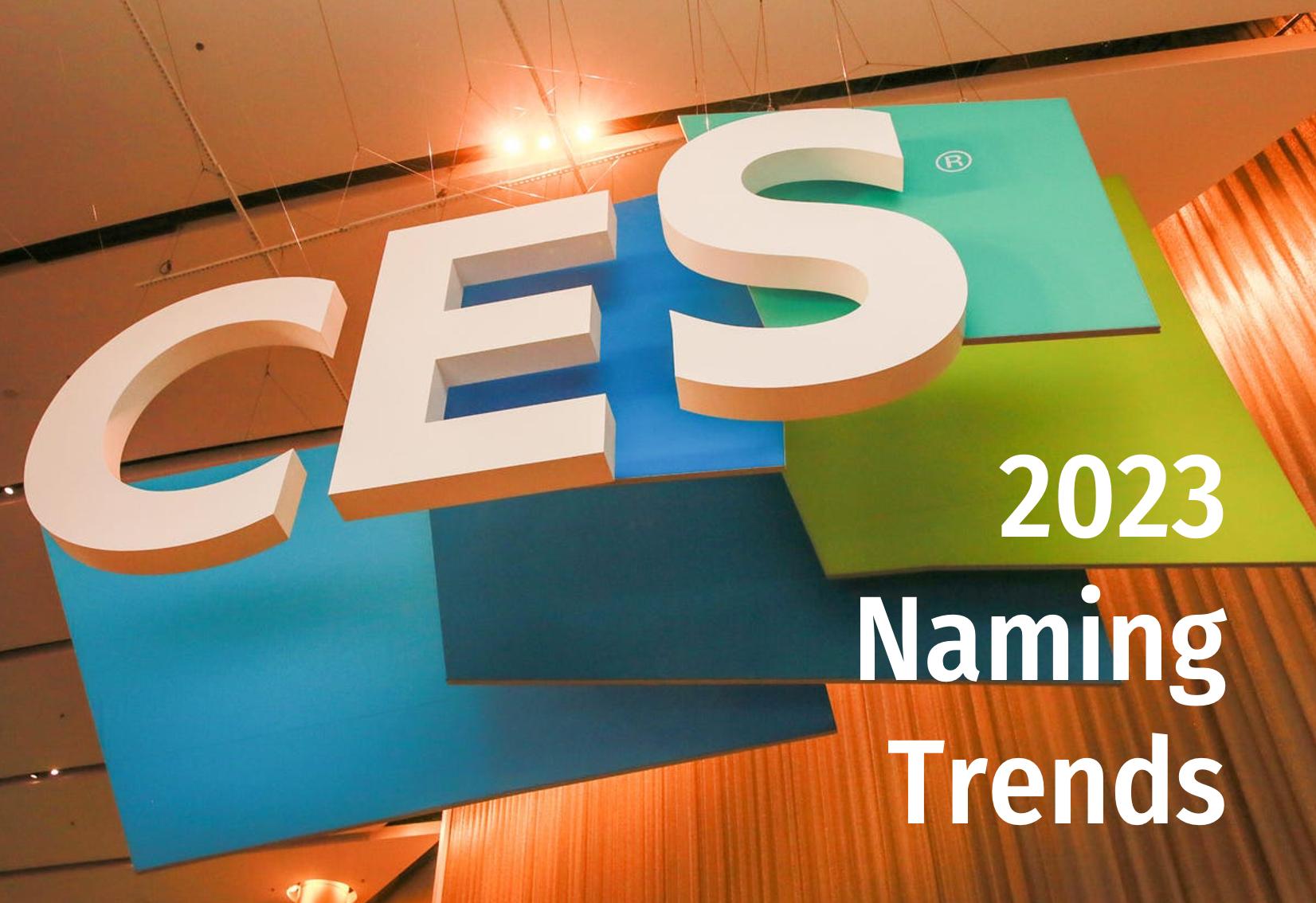 Along with a range of wild new technology at this year’s CES, there was a solid range of new names. Everything from real-word, descriptive names (Cockpit Computer) to numbers (444) to inscrutable coined names (Typhur) made an appearance.

As the AI march continues forward, we’re seeing a continuation of personification in product names. BMW made a big splash here with Dee, the concept car who wants to be your friend. Glüxkind’s new self-driving Ella stroller gives a refined name to a product that propels us into Black Mirror territory (but may also be a life-changer for some parents with disabilities). Adorable new robot pet Loona makes us realize that all of these personified names have double letters. Interestingly, the actual humanoid robot that was introduced has the least human-sounding name: Aeo. Total robot name.

Acer introduced a bit of a throwback-style name for their cutting-edge desk bike that powers your devices as you pedal: eKinekt BD3. It’s the type of name that felt futuristic and tech-y 20 years ago with its “e-“ prefix and extreme coining. We’ve wondered if this type of name would come back into fashion. Is Acer a trendsetter here, or just wayyy behind? TBD.

A few names coming out may have aimed to be groundbreaking, but we don’t think they pulled it off. The biggest head-scratcher is Honda and Sony’s new EV, Afeela. It’s truly mystifying that this name was chosen out of all the possible letter combinations in the world.

Typhur is another oddity — there’s no evident meaning for this name which has been given to a cooking technology company; the immediate associations with it are typhus, typhoid, typhoon; and unfortunately it autocorrects to typhus. Not something we want to think about while preparing food.

One last interesting-but-maybe-not-thought-through name that caught our attention is 444. This startup is creating a smart-ish pepper spray that automatically notifies the user’s emergency contacts when deployed. The name certainly stands out in a crowd — it’s numeric, but feels different from your usual “B300S” alphanumeric. The intent behind it is different too: the founders say they’ve noticed “angel numbers” (spiritually significant sequences of numbers in numerology) trending amongst their young female target audience, so they chose angel number 444 which signifies protection. Makes sense for a self-defense brand. However, branding 101 tells us to stay away from the number 4 because of its strong association with death in Chinese culture. Maybe not the best association for a self-defense brand? We love the creativity but think this one may have been a bit of a misstep in our global society.

Overall, the variety of names coming out in 2023 is exciting, and we’re looking forward to seeing how they’re received by consumers.

Jill Stanewick is a director of naming & strategy at Tanj.

Want to DIY Before You Hire Pros?