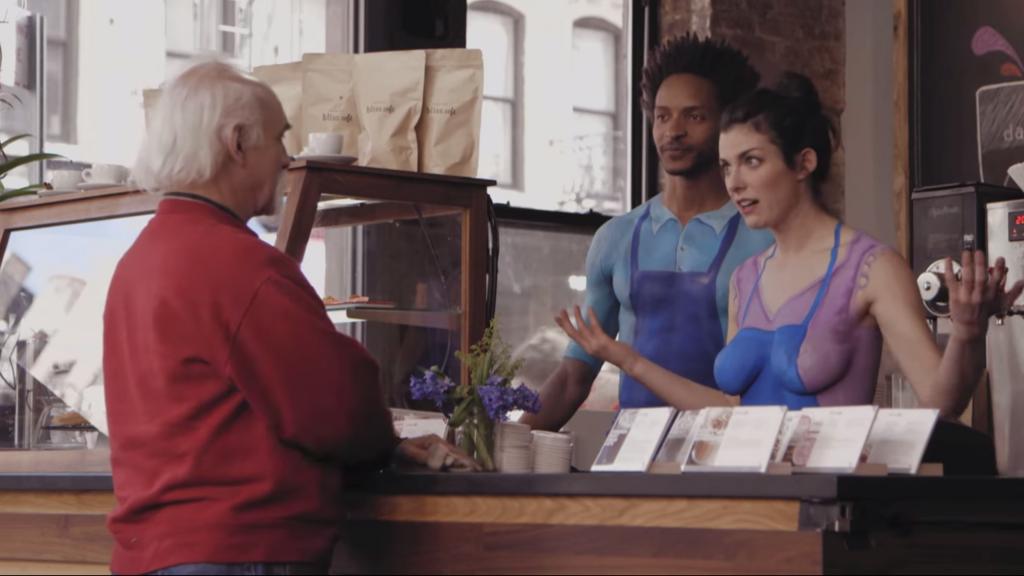 When we named Natural Bliss a couple of years back, we didn’t have any innuendos in mind. It was a wholesome, new, all-natural brand from Nestlé’s Coffee-Mate, so we gave them a name that expressed that. But frankly, the way they’re playing with their name now is awesome.

For their new digital campaign, Natural Bliss set up a pop-up coffee shop in New York City where all of the baristas were, ahem, au naturel — adorned only with body paint that looked like clothing. The video created from the pop-up event uses the tagline “Surprisingly Natural,” which makes it quite clear how the rather shocking scheme actually makes sense for the brand.

Cheers to Nestlé and to their agency, 360i, for having the guts and the creativity to pull this off!